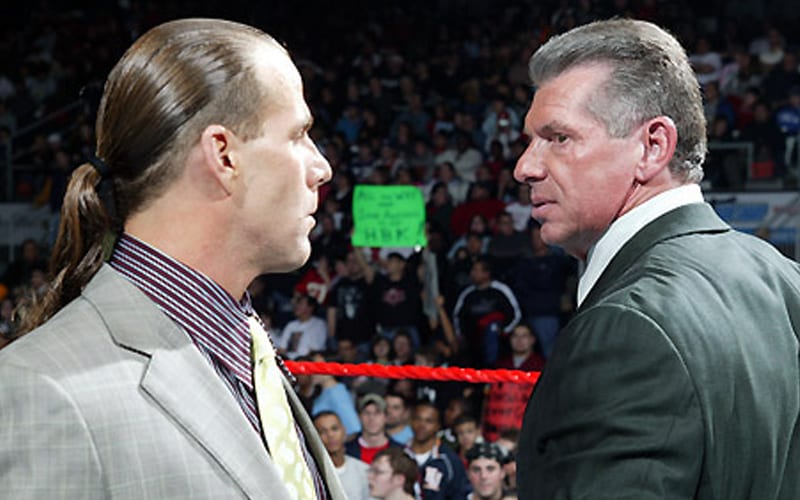 Shawn Michaels and The Undertaker were in many classic matches against each other. Badd Blood: In Your House took place in October 1997 and featured the first-ever Hell In A Cell match. Michaels remembers that day well as the company prepares for NXT TakeOver: In Your House.

While he was on WWE The Bump, Shawn Michaels remembered pitching the idea to Vince McMahon that they put a roof on the cage. McMahon took HBK’s pitch and turned it into quite a spectacle.

“It was just a suggestion I made that I just threw out there. Vince took that and then made what is now our Hell In A Cell. First time we saw it, it was the day of the pay-per-view looking at that thing like ‘Wow. That’s cool.’ Then the first thing I said was, ‘I gotta get on top.'”

Shawn Michaels did get on top of the Hell In A Cell at Badd Blood. It was a moment that will live on in history, but it would have never happened if not for an In Your House event.