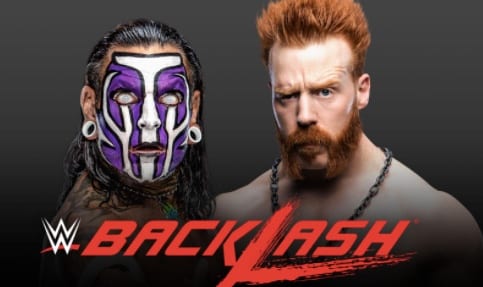 As seen on Sky Bet, the betting odds for Jeff Hardy vs Sheamus at WWE Backlash have been released.

While Backlash is a card that has been stacked with a string of intriguing matches, one of the most controversial additions has to be Jeff Hardy vs Sheamus.

The match itself will almost certainly be fun to watch, but the storyline behind it has been incredibly divisive with many believing WWE has gone too far by including substance abuse as one of the core elements of the feud.

In terms of the odds, Hardy is currently the clear favorite to secure the win at 1/2 whereas The Celtic Warrior is viewed as the underdog at 6/4.

Hopefully, regardless of who has their hand raised next Sunday, the idea behind the feud is going to be dropped shortly after and both men can start to move on to storylines that won’t be featured in the shortlist for Most Disgusting Promotional Tactic 2020.