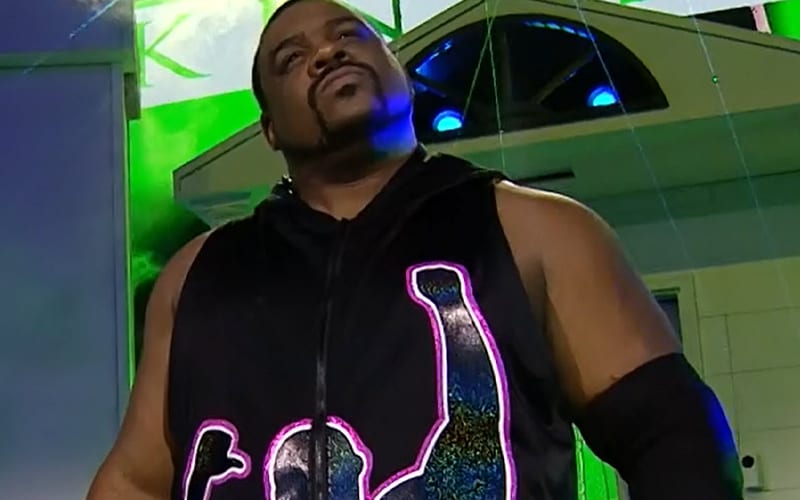 WWE NXT held TakeOver: In Your House nearly 25 years after the first In Your House event. The night had a throwback feel complete with a house set just like the pay-per-views over twenty years ago. A current social issue was also acknowledged as Keith Lee wore Black Lives Matter to show his support for social change.

Keith Lee defeated Johnny Gargano in a barnburner of match. They worked around the arena and Keith Lee might have created a new animated gif or two. He hit a pounce on Johnny Wrestling that shot him through the hockey boards marking the first bump through the new barricade since WWE put up Plexiglass.

The entire time, Keith Lee wore “Black Lives Matter” on the back of his tights. His signature catchphrase “Bask In His Glory” was on his side.

This type of thing had to have been approved beforehand. You can check out a photo below to see Lee’s TakeOver gear.