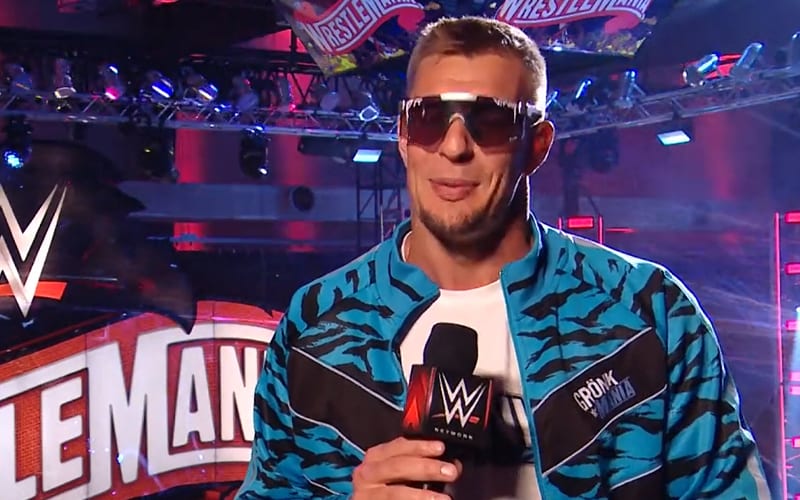 Rob Gronkowski is no longer under WWE contract. His trade to the Tampa Bay Buccaneers meant that he had to end his time with Vince McMahon’s company. WWE wanted to make sure that he doesn’t help anyone else.

The Wrestling Observer Newsletter noted that there was a clause in Gronk’s WWE contract saying that he isn’t allowed to work for any other pro wrestling company in the terms of his contract.

WWE brought Gronk in to work WrestleMania, SummerSlam, and a Saudi Arabia event. It’s unclear what exact time frame the terms of that contract covered. It’s safe to assume that Rob Gronkowski’s new deal with the Tampa Bay Buccaneers won’t allow him to work for AEW in the first place.