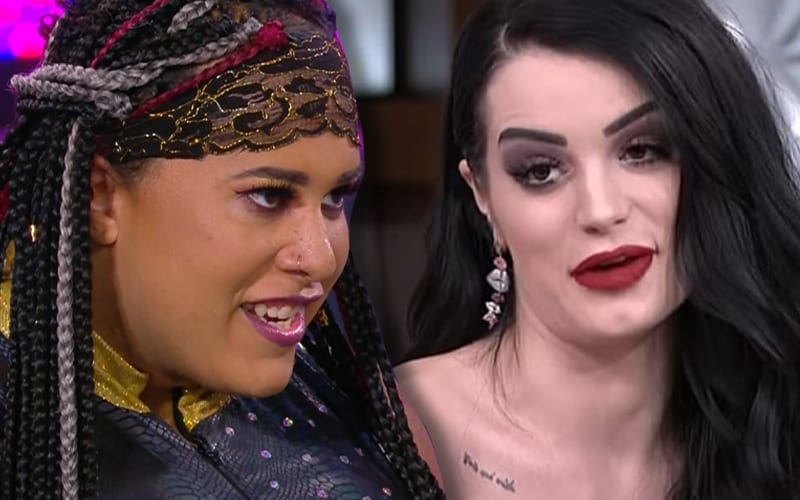 Paige and Nyla Rose might be separated by company lines, but the first-ever NXT Women’s Champion sees Rose, and she wanted to show her support for the Native Beast.

Nyla Rose takes a lot of criticism from all different directions. She recently sent out a tweet showing some of the messages she gets from detractors while asking fans what she should dress as for Halloween.

“Hey, you guys have any ideas for Halloween Costumes? I was gonna go as a complete piece of sh*t, but this guy beat me to it, and if I’m being honest he TOTALLY knocked it out the park.”

Oh well… Back to the drawing board

Paige saw this tweet from Nyla Rose and said she can go as a “beautiful bad ass queen.” She also encouraged Nyla Rose not to take any sh*t from anybody.

You can go as a beautiful bad ass queen that don’t take no sh*t.. I found this pic as an example of who inspires me everyday to help you out..

@NylaRoseBeast keep making history sis and these clowns are gonna keep being jealous!

Nyla Rose and Paige might be friendly online, but it’s unknown if they know each other personally. Perhaps some day a photo will drop showing the two hanging out. In the meantime, Paige is obviously going to show her support via social media.