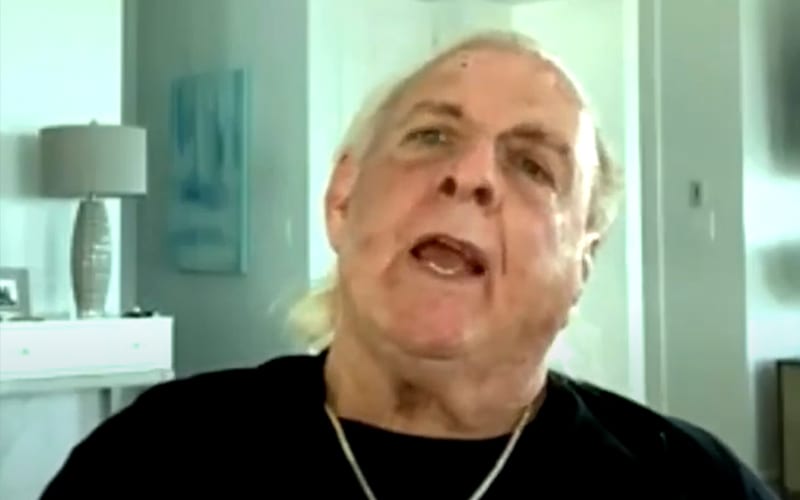 Ric Flair is always welcome in WWE, but he has to watch his wife Wendy when she’s around the Show Off.

While appearing on WWE Backstage, attention was called to a recent Zoom call where Ric Flair stated that he’s glad Dolph Ziggler is 3,000 miles away from his wife. The Nature Boy followed up on this statement by cracking a little bit on Ziggler track record with the ladies.

“Dolph knows how to have fun. By the way, Kayla — I would advise you to practice safe distancing with Dolph. Hey — I won’t even let him near my wife, nothing!”

“Nothing’s shaking with Dolph. At my wedding he just came out of a back room, I didn’t even know he was there. Kayla, I had seen her the night before.”

Ric Flair was then asked if Ziggler reminds him of a young Nature Boy. He replied saying that Ziggler was smarter than him, “Dolph is smart and he’s articulate. Nature Boy was pretty much wide open,” he replied with a smile.

Ric Flair might like Dolph Ziggler, but that doesn’t mean he’s going to trust him around Wendy.