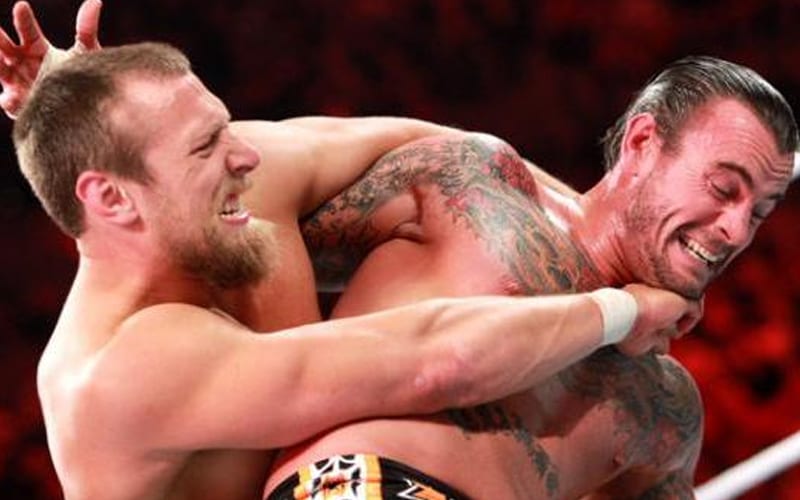 Daniel Bryan and CM Punk had many battles in the ring, but their matches never got the real credit that Bryan believed they deserved.

While chatting with CM Punk about old times on WWE Backstage, Daniel Bryan mentioned their program with the WWE Title in play. They wrestled a lot and Bryan really enjoyed that time in his career, especially getting to know Kane in the process.

There was an on-going issue that WWE never booked Bryan vs Punk in a main event spot. Even when their match was for the gold, John Cena still got top billing like at Over The limit in 2012 as Cena and Johnny Ace had the main event.

“This is a period when Punk and I are doing stuff with the WWE Championship against each other, and we’re not in the main event? I don’t get rubbed the wrong way very often, but that was like one of those things. We did a title match once where the main event was John Cena versus my now father-in-law, so this is all starting to get weird — John Cena vs John Laurinaitis that was the main event, but Punk and I were in the title match.”

“It was this weird thing where we did three pay-per-view title matches and two singles and none of them were the main event and the other one we got Kane involved and it’s just like I remember being in these title matches and being like, ‘Hey let’s go out and show them!'”

“I also didn’t know Kane at the time and that started this friendship between Kane and I were it’s like ‘Oh!’ When you meet him he’s really intimidating because he’s a [pro wrestling] veteran and he’s really smart and he’s really big so you like see him at the airport with his legs crossed and his glasses on and he’s reading the paper or he’s reading a super intellectual book or something like that and I’m like ‘Oh I don’t know if he’s going to fit with my quirky personality, but it turns out that he fits great so it was just like a fun time.”

“I remember on live events it would either be me and Punk in these title matches or me, Punk and [Kane] in these triple threats. For me it was really, because I had just lost the World Championship in 18 seconds at WrestleMania and it was this point where the crowd was behind me, but that only lasts for so long so you either get involved in something that pushes you forward or you fall off the cliff and being involved with [Kane] and Punk and that kinda stuff kept me moving forward. I think that whole thing, the whole thing was neat, bizarre, and cool.”

CM Punk really seemed to enjoy hearing Daniel Bryan discuss their time in the ring together. He smiled and nodded his head several times as he agreed with what Bryan was saying.

Punk didn’t get a lot of main event matches, even during the Summer Of Punk. That is one of the frustrating aspects of his run in WWE that encouraged him to walk out the door.