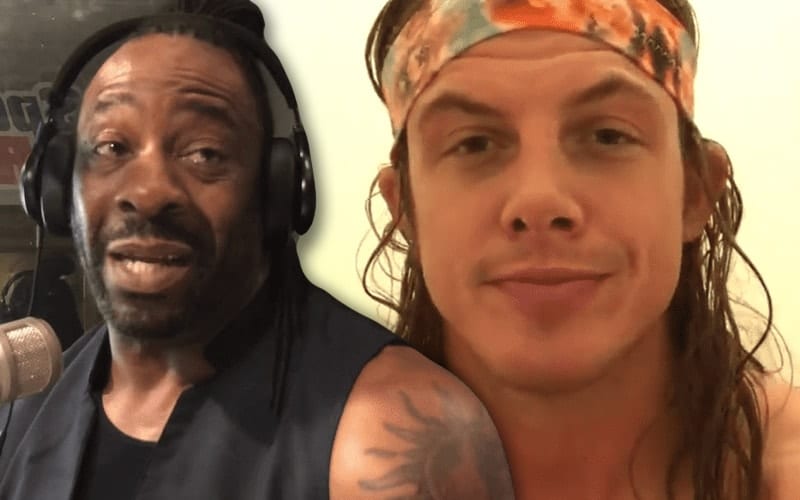 Matt Riddle is now on the main roster, and he did it all without wearing shoes. This was something that he called attention to during his introductory video, but Booker T would like that to change.

During WWE Backstage, Booker T had a suggestion for the King Of Bros, and it only took four words.

We’ll have to see if Matt Riddle listens to Booker T. He seems to like the flip flop gimmick a lot. A pro wrestling ring can be a very dangerous place to run around with no shoes on.