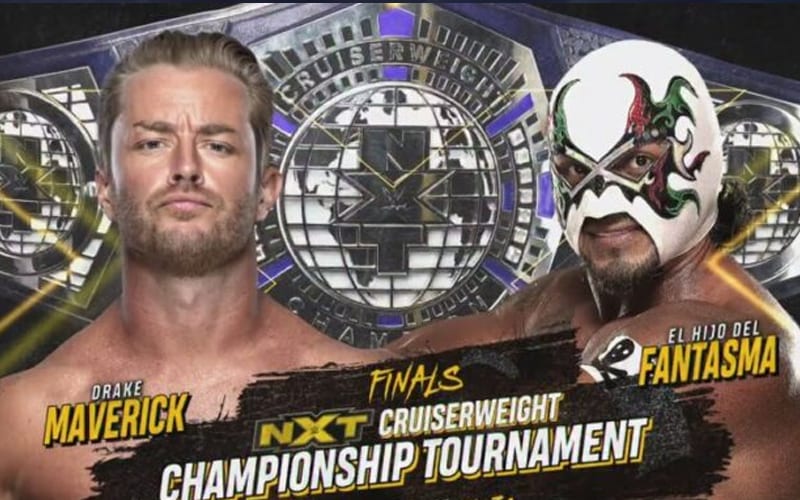 WWE NXT TakeOver: In Your House is this Sunday live on the WWE Network. We will full coverage right here at Ringside News. This week’s episode of WWE NXT will provide fans with the finishing touches before the big event.

This week will see Drake Maverick either win the NXT Cruiserweight Title, or lose his job. He was released on April 15th, but was allowed to continue wrestling in the tournament. This week he faces El Hijo del Fantasma in the finals of the WWE NXT Cruiserweight Tournament.

There is a very good chance that WWE re-hired Maverick based on a strong rumor going around.

Mia Yim vs Candice LeRae is slated to go down this week. Johnny Gargano and Keith Lee will battle at TakeOver: In Your House with the NXT North American Title on the line. Their significant others will wrestle before the two men throw down at TakeOver.

Those are the only two matches announced as of this writing. There will likely be plenty more action in store. Highlight videos are also very likely to prepare fans for NXT TakeOver: In Your House this Sunday on the WWE Network.