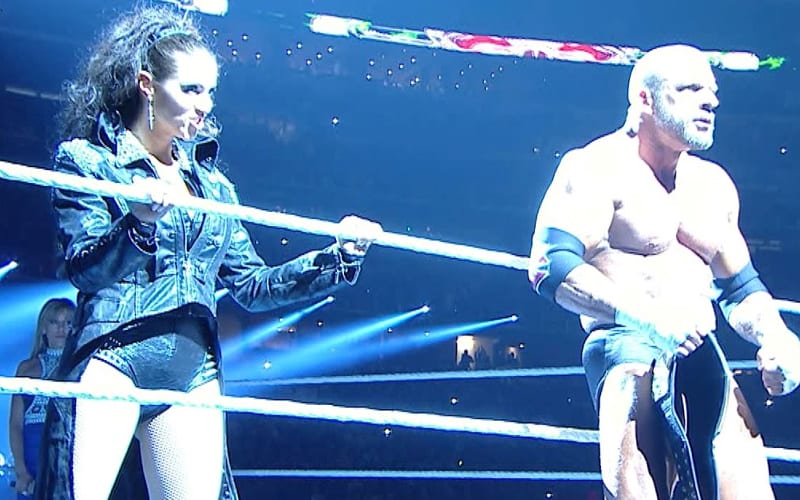 Stephanie McMahon participated in plenty of WrestleMania moments. A lot of fans remember her WrestleMania 34 motorcycle entrance the most.

In a recent video from WWE, McMahon watched her WrestleMania 34 entrance back and she remembered it well. She also revealed how her husband Triple H told her on the day of the show that he wanted her to take part in his iconic water-spitting spot with him.

“It was the day of the show and he tells me he wants me to do the water spit with him — do Triple H’s water spit as part of the entrance. I was almost more nervous from that from riding the motorcycle that I had just learned to ride.”

“To be able to have that moment, especially with him it was something really magical. It is a privilege to be a part of WrestleMania to begin with. To be part of it with [Triple H] and to be a part of Ronda’s first match it was one of the most incredible moments of my entire career.”

In the end, Stephanie McMahon pulled it off. Montez Ford watched the clip as part of the video and said “that may be the best WrestleMania entrance of all time.”

Once the match started, Stephanie McMahon had a much different experience with Ronda Rousey.