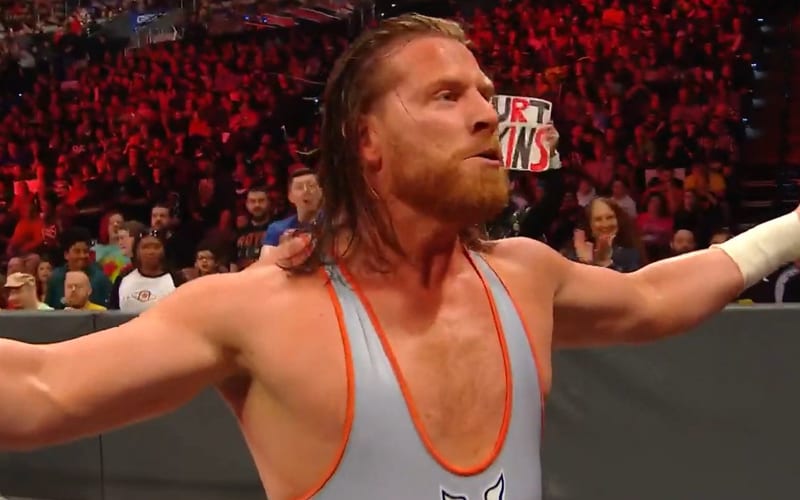 Curt Hawkins didn’t win a lot in WWE, in fact, losing was his gimmick. He was actually supposed to pick up a win in WWE, but he told them that he didn’t want that happening so he could keep the losing going.

Hawkins recently spoke to Talk Is Jericho where his losing gimmick came up in conversation. He admitted that the whole thing started organically. Then WWE booked him to win a match against Heath Slater, but he convinced them to change their mind. There were other plans he wanted for his losing streak.

“What really happened was some, I think some dirt sheet reporter or something wrote some article, like, ‘Curt Hawkins loses 100th consecutive match in a row.’ And it was getting tweeted to me, and s**t like that. And I was sitting there going, ‘Well, that’s definitely true,’ you know? But I was like, ‘That’s awesome!’ Like, ‘Who cares? Let’s keep it going!’ So I remember I was pitching it to everybody, like, ‘Let me just keep losing! I’m losing anyway, just make sure I keep losing.’”

“I was supposed to beat Heath on Superstars, or Main Event or whatever, and that was finally when I went to a writer, I made him go to Vince like, ‘Can you tell him I’d rather not?’ It was in Barclays, and he said to me like, ‘Let Hawkins get one in his hometown.’ And I was like, [sucks in breath], ‘Ehhh… I’d rather not, let’s see where this goes.’ And I just knew that kind of organically, if I committed to it something would come of it. And it finally like, I didn’t realize how much I was gonna lose. But it finally did pick up steam where I truly felt like people were invested in my matches like they had never been before. Whether I was in Long Island, or like, Paducah, people knew I was the guy that was losing all the time, and they wanted to be there to see me actually win. So people were getting in, it felt good.”

In the end, Curt Hawkins’ losing streak was broken, but he was as part of a tag team. Hawkins very well could pick up a big win on the indies, but he didn’t get his hand raised very often in Vince McMahon’s company.