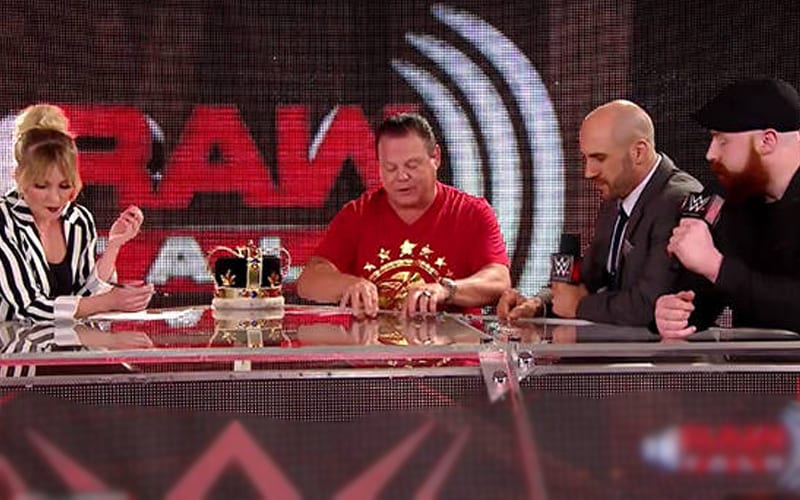 WWE has several shows that they cancelled for one reason or another. Now they are bringing back RAW Talk.

WWE will air RAW Talk once again after the show this week. The post red brand show will air on the WWE Network, and it is planned to be a weekly series.

PW Insider reports that Charly Caruso was pegged to host the revived WWE series. The purpose of bringing this show back is to add original content to the WWE Network’s free tier to help drive fans to their streaming service. A revamped WWE Network is expected shortly.

RAW Talk was initially brought on as a sister-show for Talking Smack, but both shows were cancelled in July 2017. There is no word on bringing back Talking Smack at this point.