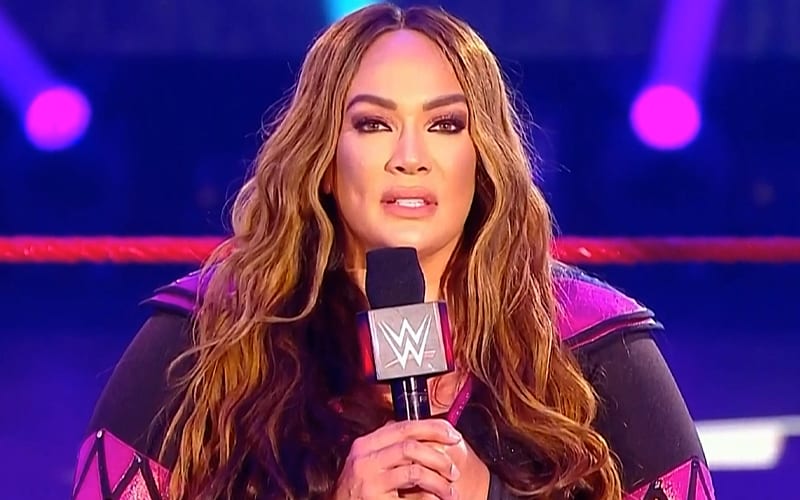 Nia Jax is a heel on WWE television. She does a lot of things for heat and this week on WWE Raw she seemed to mock the Japanese language.

During Raw this week, Nia Jax cut a heel promo. This took place before a match with Kairi Sane that needed to be edited down because Sane was busted open.

Nia Jax’s pre-match heel promo included a line where she mimicked what Asuka and Kairi Sane sound like to her. A lot of fans found it racially insensitive.

The backlash on Twitter was instant. Fans couldn’t believe that WWE edited their way around Kairi Sane’s bloody injury, but not around Nia Jax’s offensive line.

One fan questioned WWE’s decision saying: “So Nia Jax mocked Japanese which is kinda racist, mocked Becky Lynch being pregnant, said the title got handed to Asuka, played victim, & this is the match where Kairi gets busted wide open, i miss anything?”

Plenty of other fans shared a question asking how this line made it through the editing process. Some were more upset than others.

You can check out several reactions below.