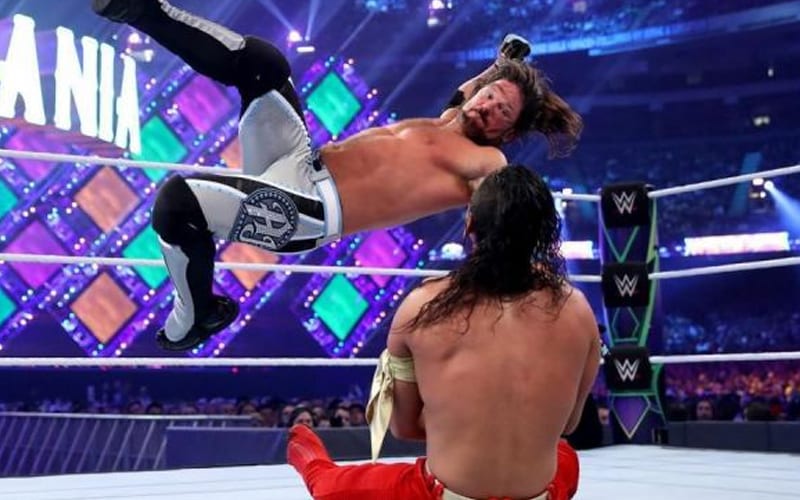 WWE gave fans a WrestleMania dream match as AJ Styles and Shinsuke Nakamura went to war. Looking back, that match didn’t live up to expectations, but that might have been impossible.

While speaking to After The Bell, AJ Styles was quick to admit that expectations for his match against Shinsuke Nakamura were far too high. The two had an amazing Wrestle Kingdom 10 encounter and fans were looking for a repeat of that classic match. The situation just wasn’t the same which made it impossible to top.

Expectations are way too high. I felt that going in. I know Nakamura felt that too. No matter what we would have done in that match, the expectations were way too high. Here’s what a lot of people don’t understand. Fans are everything. They set the tone on what is a great match. It’s how they respond to it. In Japan, they are so respectful and when they do respond, it’s huge. ‘Wow, it’s such an amazing match.’ Had that same match been done in a WWE ring without that same response, it’s not going to be declared as that great of a match. Fans are everything, they dictate a great match. It’s the reality and the truth and something a lot of people don’t understand. The expectation were so high because of what we did at Wrestle Kingdom. I was like, ‘Oh man.’ I still think [WrestleMania] was a great match.”

AJ Styles defeated Shinsuke Nakamura at WrestleMania 34 to retain the WWE Championship. The two would go on to have several more battled in WWE most recently as part of the IC Title Tournament.