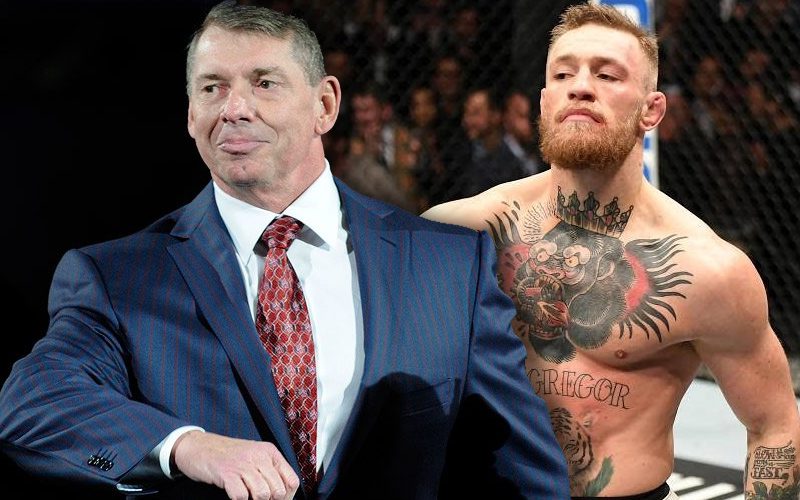 Conor McGregor is a big money name and Vince McMahon would love to get some of that cash. McGregor might not be done in the Octagon yet, but WWE seems ready for Notorious.

While speaking with TMZ, Triple H was asked about Conor McGregor coming to WWE. Since McGregor and Vince McMahon have about the same strut, Triple H joked that a match between the two could be great to see.

“I think that Conor McGregor versus Vince McMahon with that Billion Dollar Walk on the line?! I mean, I think that’s a match made in heaven!”

Triple H went on to explain that WWE’s stage is attractive for athletes who are also entertainers as they show their personality. WWE provides a stage for athletes to get out there and really entertain people. Conor McGregor would certainly fit that bill if they can work out a deal.

It might be seemingly too late to see Vince McMahon vs Conor McGregor, but you can never say never in WWE.