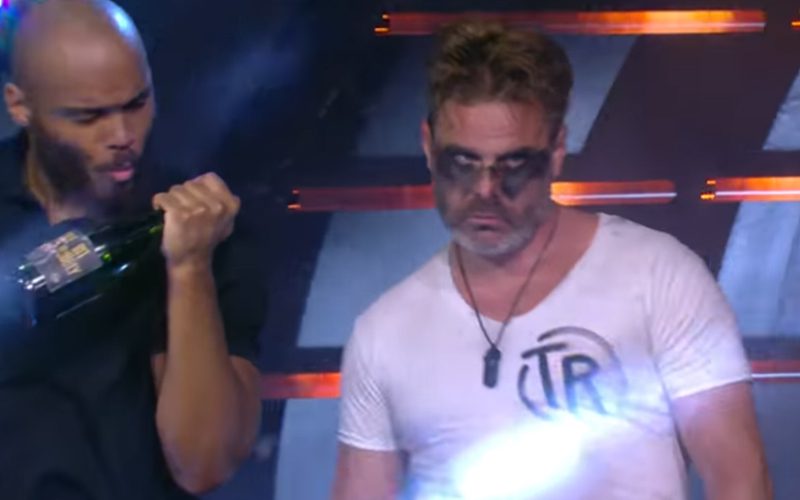 Mike Tyson made his way out during Dynamite this week and he had quite a crew with him. We previously reported that AEW didn’t even realize he was going to have so many people in his posse.

Henry Cejudo, Rashad Evans, and Vitor Belfort were in Tyson’s crew. Jersey Shore’s 24 was around as well. One man named Gooch really seemed to steal the show with his black face paint and odd movements.

The Wrestling Observer Newsletter cleared up exactly who Gooch is. He’s an actor named Mickey Gooch Jr. He’s been in a few films and even dated Rebel Wilson in the past.

An actor friend of Tyson’s who Tyson got into the skit as the fifth man named Mickey Gooch Jr., who was the guy with the face paint. Gooch is an actor and comedian who appeared in the movie “How to be Single.” in a minor role and at one time dated actress Rebel Wilson.

We’ll have to see if Mike Tyson comes back to AEW. He said that when he does return he’s kicking Chris Jericho’s ass. Hopefully, he’ll bring Gooch along with him.