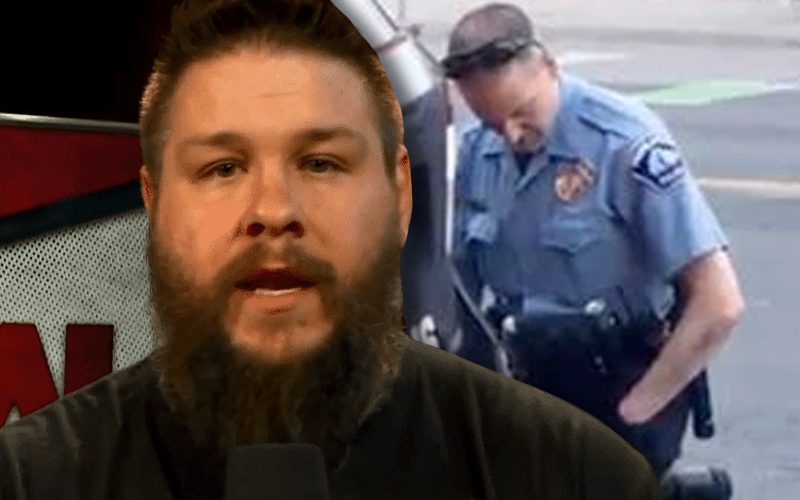 George Floyd died while in custody of the Minneapolis police. He begged his arresting officer to remove his knee from the back of his neck a number of times as he said he couldn’t breathe. Floyd’s death sparks an outrage and riots in Minneapolis while others are upset as well.

Kevin Owens sent out a tweet with the hashtag: #JusticeForGeorgeFloyd. He also included a note that Floyd’s murders must be held accountable.

If you’re more upset by what’s happening in Minneapolis currently than what happened to George Floyd, there’s something seriously wrong with you.

His murderers have to be held accountable.

His family, friends, and community deserve justice. He deserves justice, even if it’s too late for him.

Shortly after Kevin Owens sent out this tweet, news broke that former Minneapolis police officer Derek Chauvin was arrested for the murder of George Floyd.