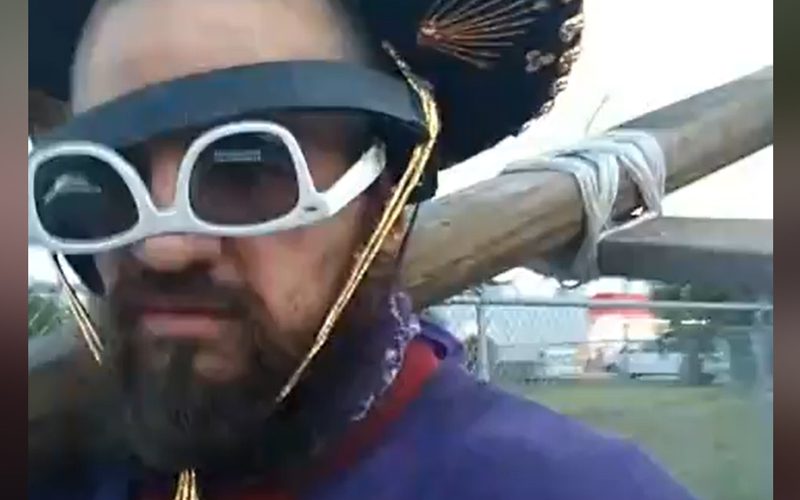 Armando Alejandro Montalvo was busted carrying a cross outside of the WWE Performance Center. He shouldn’t have been anywhere close to the property, but he was and now he has a court date on June 1st.

You wouldn’t think that Montalvo would record what he was doing, but you’d be wrong. He was streaming the entire thing on social media.

Court documents obtained by Ringside News explain that Armando Alejandro Montalvo was spotted across the street from the WWE Performance Center on April 13th. He was carrying a cross and filming himself. WWE filed suit on April 20th.

“Two days later, on or about Wednesday, April 13, 2019, WWE was filming its NXT program at Full Sail Live, located at 141 University Park Drive, Winter Park, Florida, 32792. Full Sail Live is another prohibited location identified in the Permanent Injunction Order. Director of Security [NAME REDACTED] was also present at this filming.

While the filming was taking place, Defendant entered the premises without invitation and without any justifiable reason for doing so. Most importantly, Defendant’s actions 5 violated the plain language of this Honorable Court’s Permanent Injunction Order, which clearly prohibits Defendant from, among other things, entering the Performance Center, Full Sail Live, as well as any location where Plaintiff holds its wrestling events.

This is not a good situation and there’s no way of telling what Montalvo was thinking. Hopefully, this situation works out for the best. You can check out the video below.

He has a court date set for June 1st. We will keep an eye on this story right here at Ringside News.