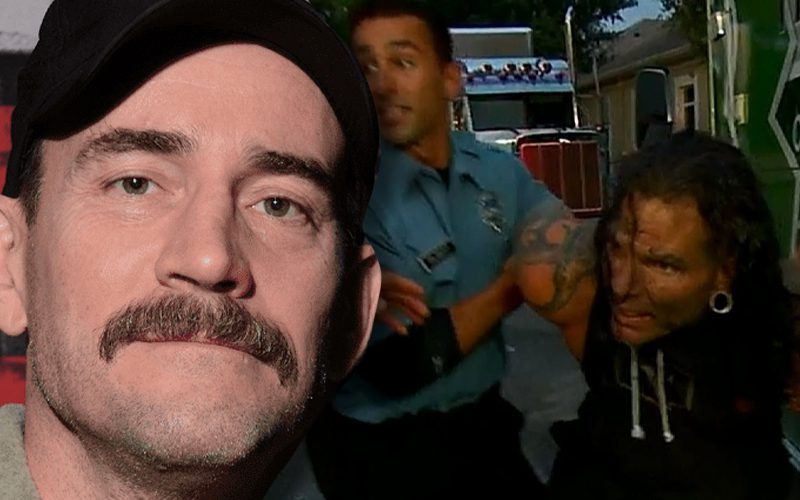 WWE SmackDown started out this week with everyone asking: “What is happening?!” It was utter chaos as we were immediately thrust onto the apparent scene of a DUI hit and run situation. CM Punk had a great time watching from home.

Police soon found Jeff Hardy and he was arrested and supposedly charged with DUI. CM Punk got a big kick out of it and he had a good time picking apart how the cops handled this kayfabe situation.

It could very well be a case where Sheamus set Jeff Hardy up. If it’s a frame job then Sheamus went through an awful lot of effort to pull this one off. It’s either that, or Jeff Hardy escaped police custody and returned the scene of a crime to pummel Sheamus in a drunken rage.

We’re not sure which one is better to believe is true. We’ll have to see how everything pans out in this situation. Matt Hardy and Reby Hardy weren’t very happy about seeing this upon airing.