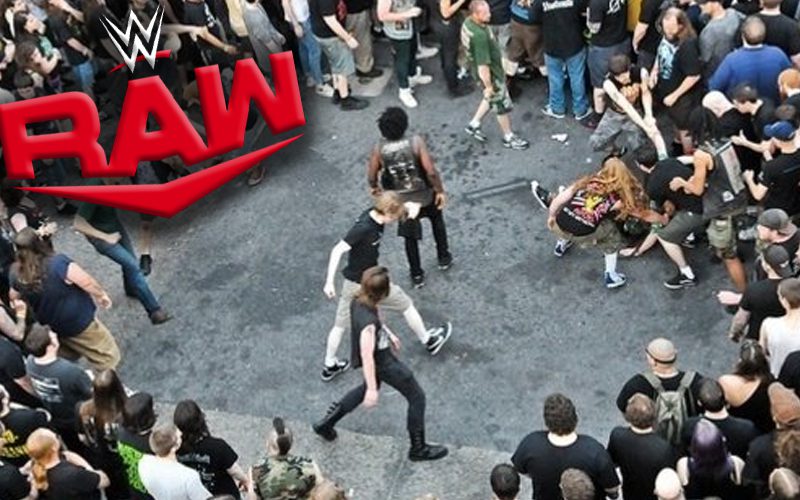 WWE brought back a live crowd to television this week. It didn’t help Raw’s viewership much, but it did provide a much livelier atmosphere.

During PW Insider Elite audio, Mike Johnson discussed WWE’s new live audience set up. He stated that the NXT Superstars were standing to create a “mosh pit party” atmosphere. The Plexiglass is also a test, but will likely stick around for when fans return.

“I was told that the standing was supposed to make it kinda like a ‘most pit party’ sort of atmosphere. They brought out chairs for in between matches for them to sit, but they had to stand for like 10 hours that day.”

“The Plexiglass I was told was a test so if and when they go back to doing live events and they are in bigger bigger buildings with people it will keep someone who is asymptomatic from touching a wrestler and potentially passing something on by coughing or sneezing or it’s just a way for the fans to be able to see everything while also having more of a barrier between performer and audience.”

WWE has a lot of ground to make up when it comes to regaining their audience. Hopefully, the live crowd will start to benefit them and bring back some of those lapsed fans. Getting back on the road will definitely help once it is safe to do so.