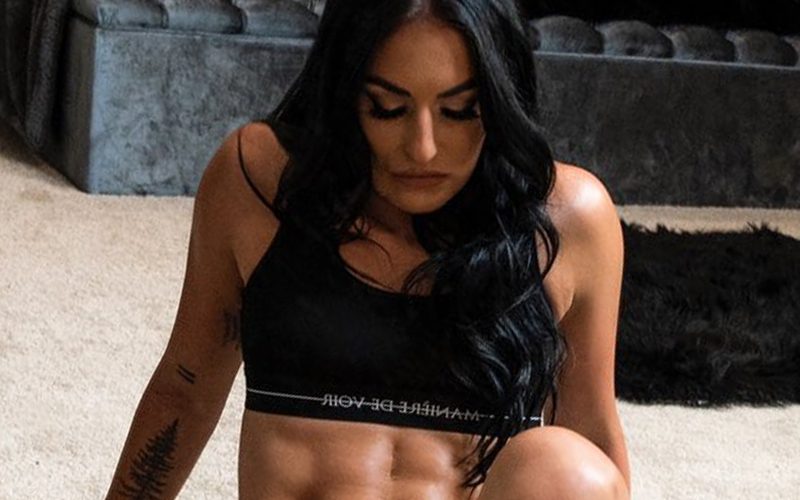 Sonya Deville is still battling Mandy Rose on SmackDown every week. Deville and Ziggler clinched a victory against Rose and Otis last week, but their story is far from over. Deville is also keeping in great shape while preparing for anything.

Deville recently surprised fans with a revealing photo. She was in only her underwear while showing off her abs in the mirror. She also had a clever line about having more abs than friends.

Got more abs then friends. That’s how I like it.

Sonya Deville might have more friends if she didn’t work behind their backs to manipulate their relationships. At least that’s what caused the heat between her and Mandy Rose on WWE television.

It looks like Deville is prepared to put her hair up and square up at a moment’s notice.