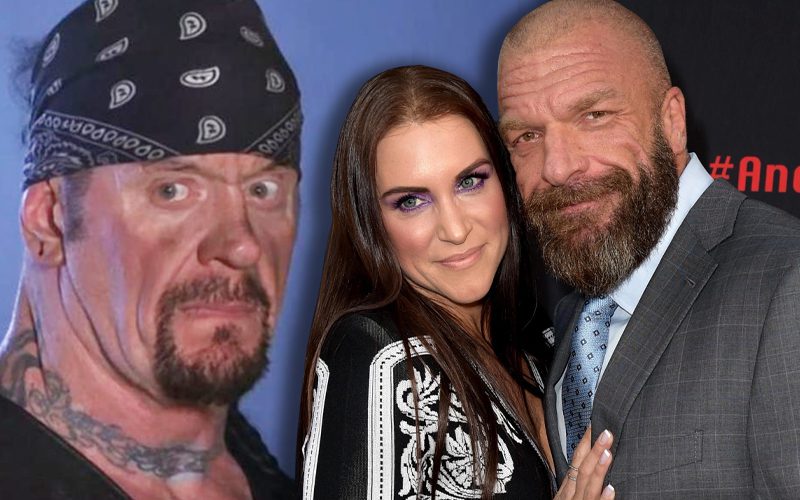 The Undertaker was a locker room leader in WWE and he assumes that role when ever he makes any type of return. He has been there for a lot of people throughout his tenure with the company including Triple H.

During the Last Ride docuseries, Triple H discussed going to The Undertaker for advice when his relationship with Stephanie McMahon began.

Triple H remembers The Deadman telling him not to listen to anything that the haters are saying. He told Triple H that he knows what they bring to the table.

“He was a locker room leader and a sounding board for things. When Steph and I got together and started to have a relationship, the guy I talked to about it was Taker. He was one of the most supportive guys of it. He was like, ‘Screw everybody and their opinions. You know what you bring to the table and so do I. If they don’t like it, that’s their problem.’

He was in our wedding. At a certain point in time you find yourselves being two of the things that are just always there. If you walk into the locker room, the one guy who could relate to everything you’ve been through in the last 20-25 years was Taker. We don’t have a day-to-day buddy-buddy hangout, but I could look over and see him in Gorilla, see that he’s in his own head, and talk to him about it.”

Triple H and The Undertaker might not be best fiends, but The Game will always have Taker to thank for giving him some much-needed advice.