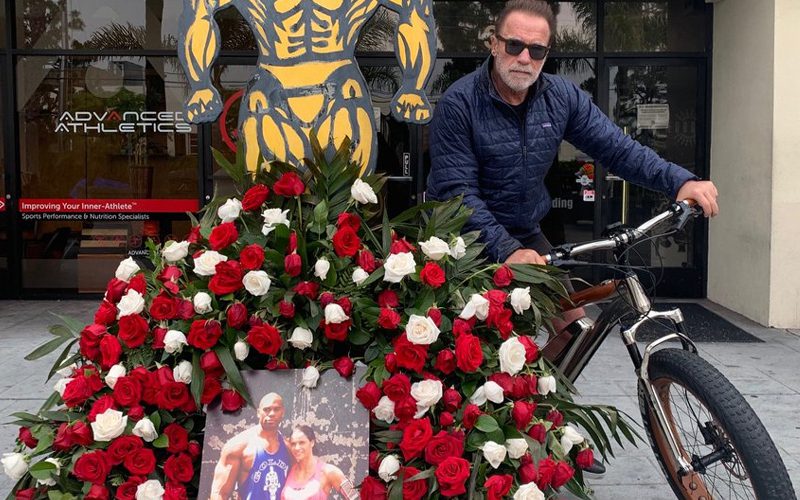 Arnold Schwarzenegger was riding his bike today and he had to stop and pay respects. A memorial for Shad Gaspard caught his eye and the Terminator star released a very touching dedication.

Shad Gaspard died like a hero. He told lifeguards to save his son before him. Arnold obviously heard that story, but he also knew Shad Gaspard as a hero in bodybuilding.

On my bike ride today I stopped to pay respects to Shad Gaspard. He was such a positive force in the gym and the world. He was a hero in bodybuilding, a hero in wrestling, and the moment he told lifeguards to save his son first, the ultimate hero. My thoughts are with his family.

Shad Gaspard was a big man. He stood six-foot-six and was 240 pounds. He could lift a ton of weight, but he had even more heart.

A GoFundMe for Gaspard’s family smashed their goal, but they can use as much support as possible while dealing with this terrible situation.