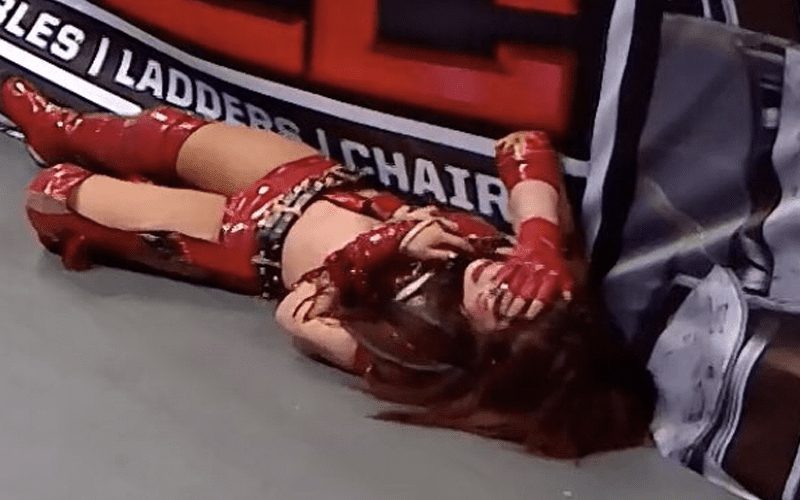 Wrestling isn’t ballet and sometimes a mistake can happen in the ring that results in someone getting busted open. This practice is handled much differently in WWE nowadays. It will be interesting to see how they handle it during a pandemic.

Fightful reports that there was a “rough situation” during the television tapings concerning Nia Jax and Kairi Sane’s match. This resulted in Sane cutting her head on the outside of the ring.

The spot occurred outside near the stairs when Kairi was thrown and her head hit the corner of the stairs, opening her up. The match was paused and medical came out to take care of Kairi Sane, sealing the wound and bandaging her up. We were told that Kairi indicated that she was fine, and insisted on finishing up the match.

The spot took place as Kairi Sane took a bump into the stairs. The back of her head hit the corner of the stairs and she was busted open. The match was then paused and the medical crew tended to her.

Kairi Sane reportedly indicated that she was fine and the match continued. They will need to edit the match for the show when it airs. They were able to finish the match.

This is the second time in recent memory that Nia Jax roughed up Kairi Sane in a scary way.