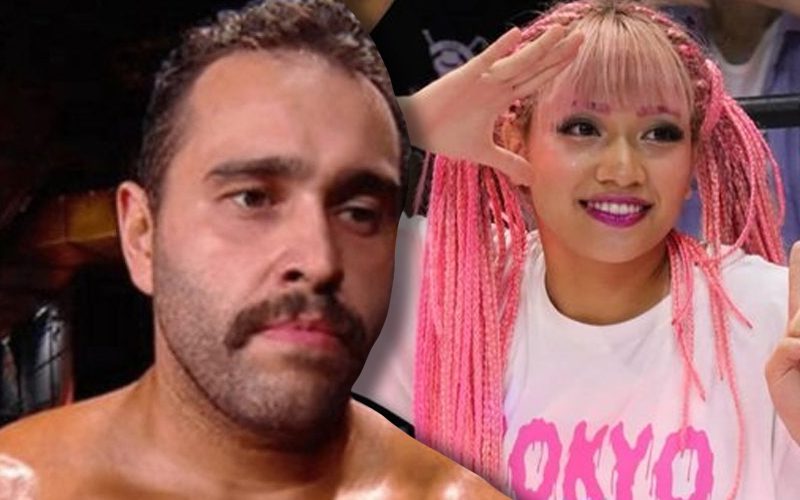 Hana Kimura took her life at the age of 22 years old. She was the victim of cyber bullying that brought her to a terrible depression. This was a tragic ending to such a young life.

During his Twitch stream, Rusev said that he’s been thinking about Hana Kimura today. Then he opened up about cyber bullying which was the root of this tragedy.

The former Bulgarian Brute said that social media is great, but “this has got to stop, man because nobody likes to be bullied. It doesn’t matter how famous or non-famous you are.”

Fans are always throwing hate toward Rusev and Lana because of the characters they play. Lana previously spoke about having to call the FBI because of her on-screen marriage with Bobby Lashley.

Rusev said “a lot of people get so caught up with this” that they take their frustrations out on the actual people involved in those televised storylines. He continued to discuss how this practice of cyber bullying has to end.

“It’s not good, man. This sh*t has got to stop. Obviously it’s not a game. It’s not a game. This is life and death situations, obviously. So, if you all see someone cyber bullying you have to stand up to it. You can not do the same. you can not fall into this trap. There is absoluately no excuse for that.”

Hana Kimura’s death is tragic and sudden. She was so young with so much to live for. This was something Mick Foley stressed as he spoke out against cyber bullying.

Alexa Bliss said that there should be consequences for the people responsible for bullying like this. Hopefully, we can live in a world someday where this isn’t an issue, but it won’t change the tragedy that took place last night.