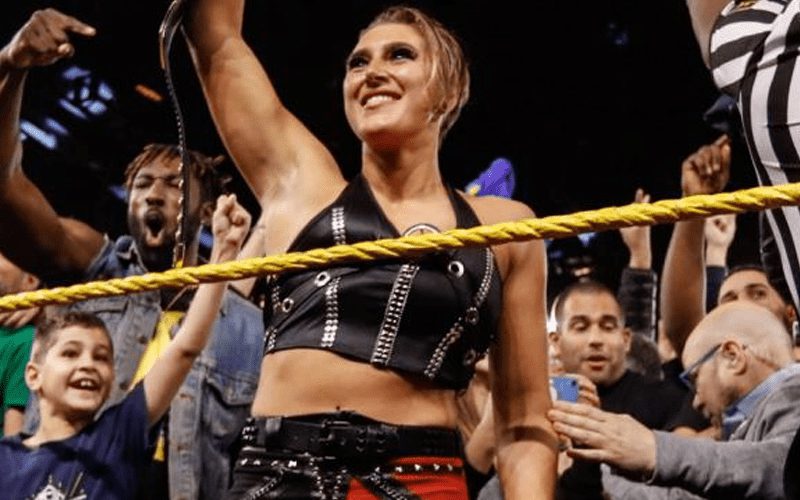 Plans in WWE can change on a dime and rolling with the punches is the only thing you can do. This strategy resulted in an NXT Women’s Title reign for Rhea Ripley.

Rhea Ripley was on Flash Morgan Webster’s podcast Wrestling Friends when she revealed something interesting about her big title win over Shayna Baszler: it wasn’t supposed to happen.

Ripley explained that her match against Shayna Baszler was actually supposed to end with a clean win for Baszler. This would have sent Ripley off into another direction as The Queen Of Spades continued as champion.

Then right before they were supposed to go out Ripley said that she was pulled aside and told that since she was getting such a big reaction they were changing the match finish. Shayna was then booked to retain the NXT Women’s Title via DQ which set up a second match where Ripley finally became champion.

Scroll back to top wpDiscuz
1
0
Would love your thoughts, please comment.x
()
x
| Reply
You are going to send email to