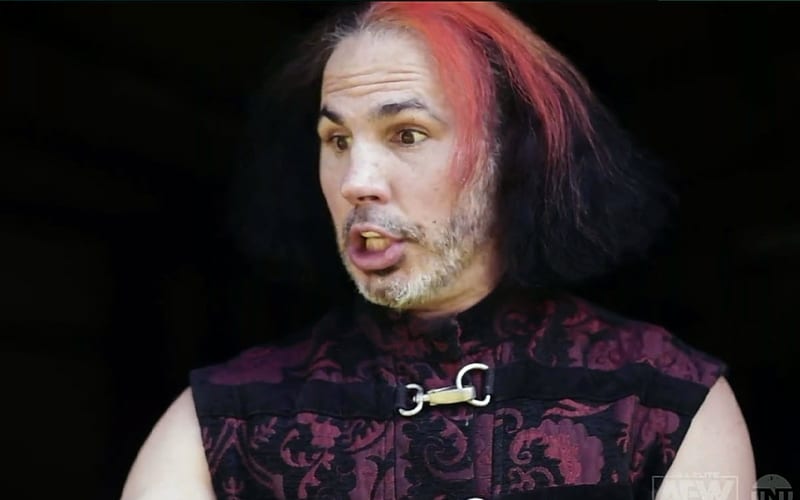 Ever since creating a meme for the ages on AEW Dynamite a few weeks back, Matt Hardy and Sammy Guevara have been going back and forth in a mini-feud in the midst of The Elite’s war with The Inner Circle.

Guevara clearly has a great deal of potential as a blossoming star in AEW, and one man who sees that better than most is Hardy himself.

As such, he’s going to do just about everything he can to get Sammy over.

The COVID-19 pandemic has caused a whole lot of uncertainty in many working sectors in the United States and beyond, but it’s also allowed for some of AEW’s new names to rise up through the ranks.

This Saturday we’re bound to see some chaotic stuff unfold at Double or Nothing, and these two will be at the heart of that.