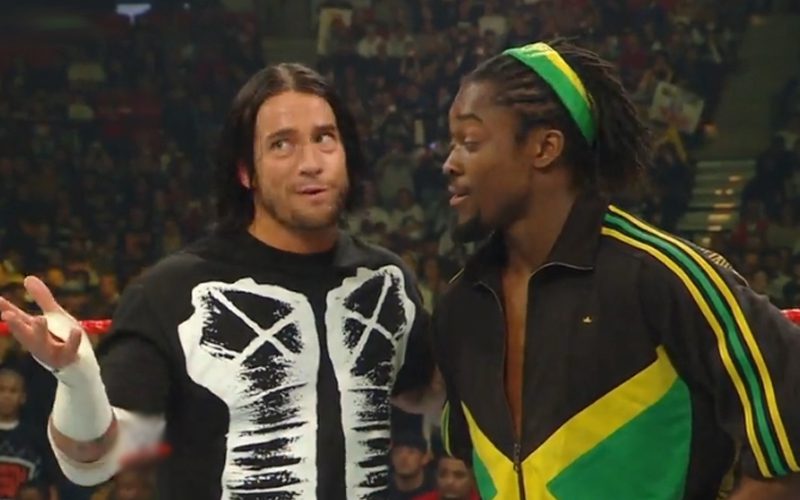 CM Punk walked out of WWE and never came back. He is on WWE Backstage, but Fox Sports is really signing his paychecks. While he was with WWE, CM Punk had plenty of gripe about and Kofi Kingston heard a lot of those complaints.

While speaking to Swerve City Podcast, Kofi Kingston revealed something he learned from CM Punk. They were tag team champions during CM Punk’s run as ECW Champion. Kingston learned that even Superstars on the top of the card have the same issues as those who are still working their way up.

“We became Tag Team Champions and I learned so much. At the time, he was [ECW] Champion and a lot of gripes that you have on the undercard, sometimes you have at the top. I’m like, ‘He’s going through a lot of the same stuff that I’m going through.’ Fast forward to being WWE Champion, I was already prepared to go through whatever it is that I needed to go through and fight.”

CM Punk doesn’t seem interested in returning to the ring, but he is open to talk about it. Now Kofi Kingston can look back and see where Punk was at that stage in his career to compare them with the same complaints that he had on his way up as well.

Kofi Kingston and CM Punk don’t talk anymore. Punk cut off a majority of his WWE friends when he left the company. Kingston still considers Punk a brother despite their current separation.