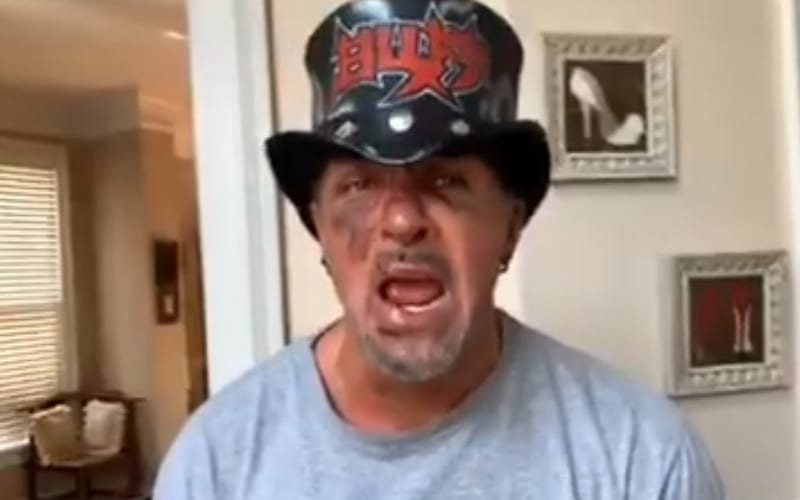 Buff Bagwell recently popped up online and released a video that has fans concerned. He has a Cameo like a lot of celebrities. For $50 fans can get a custom video from Bagwell. One recent Cameo got way more than they bargained for.

Bagwell dropped a Cameo video sporting a bruised-up face. It was quite concerning as it appeared that Buff Bagwell just got the stuff kicked out of him. We wonder what the other guy looked like.

He was still full of charisma in this video as he proclaimed that he has “a broke face.” He stated not to look at him before taking off his shades so people could really get a look at the damage. “I’m still good looking,” Bagwell said with a swollen smile.

Then Bagwell stated that he might just put a chokehold on his girlfriend right now “just to end this motherf*cker.”

“I’m about to tear my own house up right the f*ck now. I’m thinking about putting a chokehold on my girlfriend who is also the cameraman just to end this motherf*cker. I’m over it!”

We hope that Buff Bagwell is doing okay. He didn’t seem to be in the most clear mind during this video. Some fans are starting to grow concerned with the former WCW star.