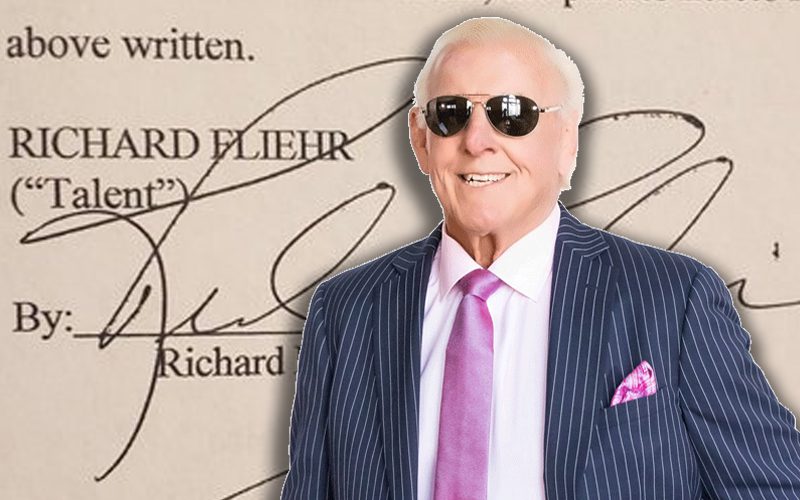 Ric Flair is a two-time WWE Hall Of Famer and at 71-years-old, he isn’t going anywhere. WWE has him under contract so all of the rumors about him leaving can be put to rest. He wanted to make sure of that today.

The Nature Boy proudly showed off his signed WWE contract. He also posted a photo of his statue that sat proudly at WrestleMania Axxess.

He’s still the limousine riding, jet flying, styling and profiling son of a gun. Don’t forget about it either.

Ric Flair’s old rival Sting’s WWE status might be a big source of debate right now. The Stinger might even end up in AEW. The Nature Boy isn’t leaving WWE so soon, WOOOO!