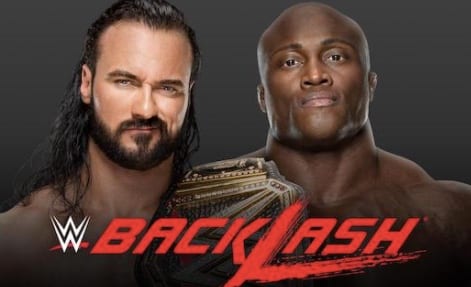 As seen on Sky Bet, the betting odds for Drew McIntyre vs Bobby Lashley at WWE Backlash have been released.

McIntyre has been on the streak of his career since winning the WWE Championship at WrestleMania 36, and despite the lack of a crowd, the impact of his success is still being felt throughout the WWE Universe.

Now, though, he’s got a brand new challenger in the form of the veteran Bobby Lashley.

In terms of the odds, McIntyre is the clear 1/4 favorite to retain the title whereas Lashley is a distant 11/4 underdog.

These two men have a whole lot of history together both in WWE and TNA, and it’ll be interesting to see them draw on that in the weeks to come.

Everyone knows that they’re capable of stealing the show with a quick & physical war, and hopefully, that’s exactly what we’re going to get at Backlash.