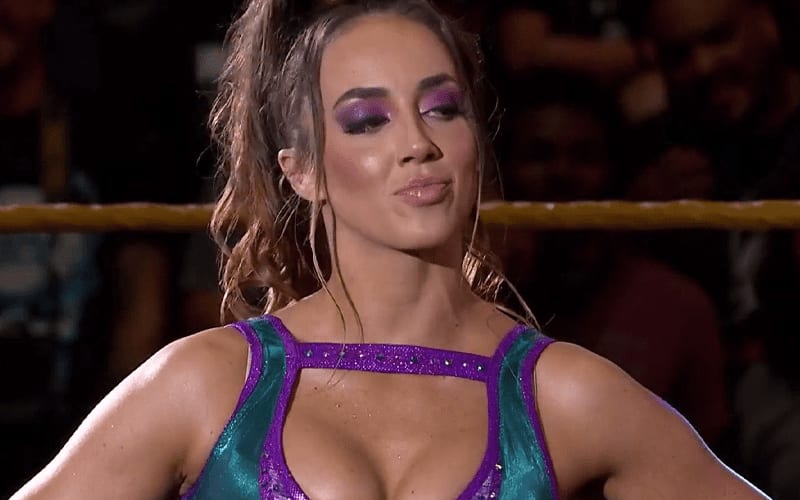 There are plenty of exciting young stars currently carving out a path to success for themselves in NXT, and one such example of that is Chelsea Green.

Fans had been excited to see what she could produce upon making her way over to WWE, and so far, she hasn’t disappointed.

Instead of just succeeding in the ring, though, she’s starting to find some joy with her character work – especially in social media.

Having someone like Robert Stone by her side is always going to serve as a huge benefit, but things like this are bound to get her over in a whole different way.

Many stars from the past and present have avid fanbases, and as such, their supporters will defend them until the day they die.

Green is happy to let off mini pipebombs in order to get people focused on what really matters: her.