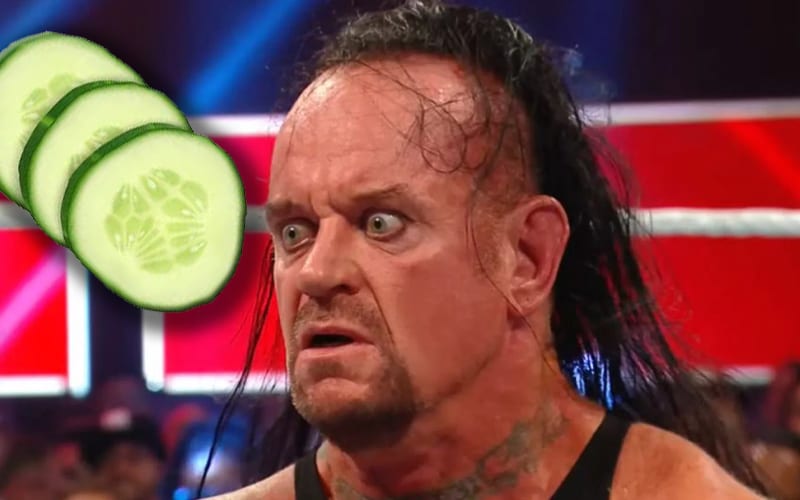 The Undertaker is a legendary figured in pop culture. His streak was incredible and fans will speak about his accomplishments forever. He wants to clear up one legend about himself that’s been floating around for years. He isn’t afraid of cucumbers, he just doesn’t like them enough to stay in the room.

While speaking to Pardon My Take, The Undertaker was asked about his famous fear of cucumbers. The Deadman made it clear that he’s not afraid of them, but he still doesn’t stick around long if they’re around.

“OK, let’s get this straight. We’ve had a good conversation. I’m not scared of cucumbers. I just don’t like cucumbers.”

The host asked The Undertaker if a cucumber makes him leave the room “like a little kid.” The Undertaker said it’s not that bad, but he would probably make his way toward the exit.

“I’ll probably leave the room. I’m not gonna run. If they’re whole, that’s one thing. If they’re cut up, whew.”

It’s ironic to think about how many fans The Undertaker frightened over the years for this to be a true story. Most of those fans probably wouldn’t mind finding a cucumber in their salad.

The Undertaker isn’t a big fan of cucumbers. It is a very interesting thing to be afraid of, but everyone has their fears.