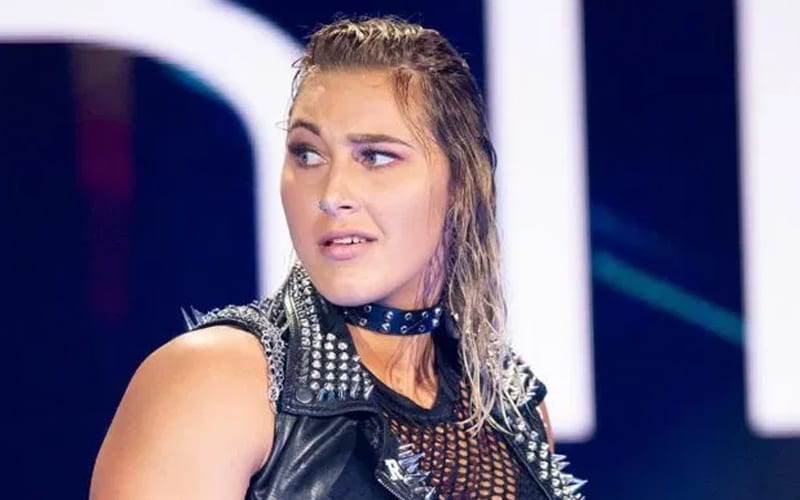 Rhea Ripley is only 23-years-old and she made a big name for herself in WWE. Her look is one of Ripley’s drawing factors, and it is her own design.

While on WWE The Bump, Ripley revealed that she does make her own entrance gear. She doesn’t have time to make her pants anymore, but those jackets are still her personal creation with every spike in meticulous order.

“I don’t know what it is. I’m a very creative person, and I’m also a perfectionist. So, I have to have the studs in like the perfect place, like they have to be spaced perfectly. I have stopped making my pants. I used to stud them. So I used to get my pants made and I would put all the studs and all the cool stuff on it, but I’ve had to stop doing that because I’ve been so busy because it takes a lot of time. I still make my jackets, I have to make something and making jackets is just my favorite thing.”

“I don’t know what it is just sitting down and concentrating on something and it’s relaxing to me.”

Rhea Ripley also said that channeling her inner Dragon Ball Z fandom was definitely the way to go at WrestleMania 36. She will likely have plenty of opportunities to craft WrestleMania gear in the future, but she will never forget her first show of shows.