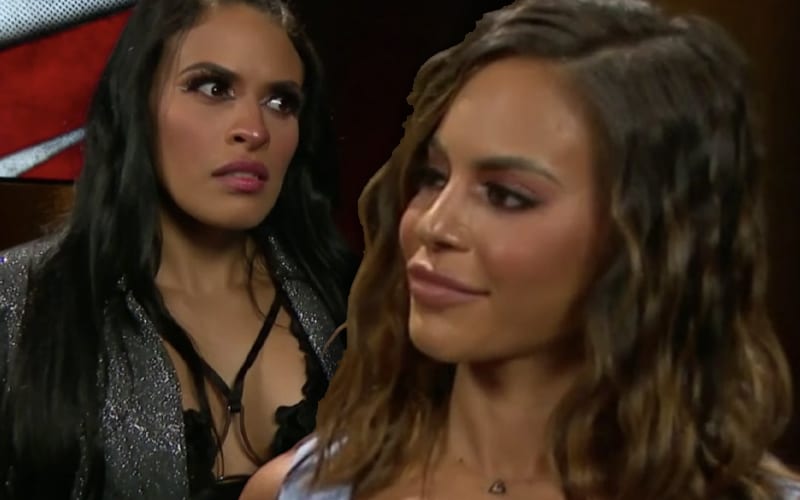 Charly Caruso is pretty good at talking on television, but Zelina Vega has had enough of her.

Caruso tweeted out saying that fans have no idea how difficult it is to contain her words around Zelina Vega. She is very good at getting under someone’s skin if she wants to. Vega fired back with a tweet warning Charly that she just might break her jaw or black her eyes if things continue.

If you’re holding your tongue so much then say something and I’ll black both your eyes & break you’re jaw so no talking will be done at all.

Caruso took this chance to correct Zelina Vega’s grammar by tweeting back: “*your.”

We’ll have to see if Angel Garza continues to flirt with Caruso during RAW. She might want to keep her guard up just in case Angel is trying to lay a trap for Vega to exact some revenge.