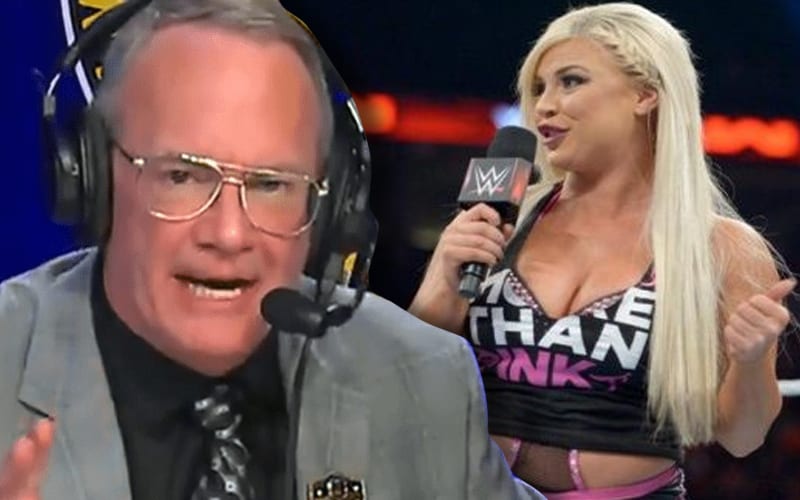 Jim Cornette made a comment about Dana Brooke’s appearance that she didn’t like. He said her face looks like it was caught on fire and then put out with an axe. She fired back with a reply while calling him a “mark” and telling him to say it to her face next time.

During his podcast, Cornette had a reply to Brooke. He said that the appearance of her face is what caused him to make the comment in the first place. Then he questioned why she would want him to look at her again.

“Say it to your face? The f*cking appearance of your face is the reason I commented to begin with so why would I look at that while speaking to you if I don’t have to.”

Dana Brooke has fans who love her and are rallying around her with support. They obviously aren’t in the Cult Of Cornette even if they were in it to begin with.