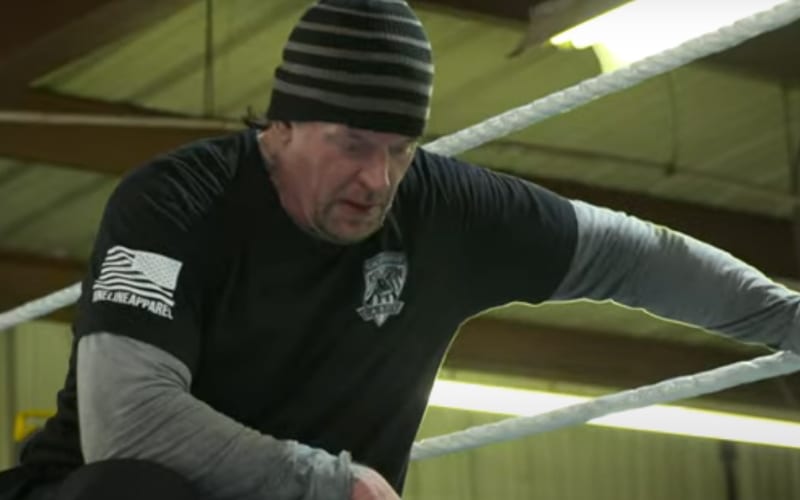 The Undertaker’s five-part docuseries The Last Ride includes a ton of never-before-seen footage. Some scenes had to hit the cutting room floor, but thankfully WWE has YouTube.

The company dropped a three-minute bonus scene from The Undertaker’s Last Ride docuseries. He is shown getting in the ring and running the ropes four weeks before WrestleMania. He also took a bump before saying “it’s go time.”

Taker said he’s willing to do “any voodoo you can think of.” He was looking for anything to give him an edge on the competition.

The Undertaker was also shown getting cryotherapy. This was likely one of those “voodoo” procedures he spoke of. He went through a lot between each match which is explained in full detail through this new series.