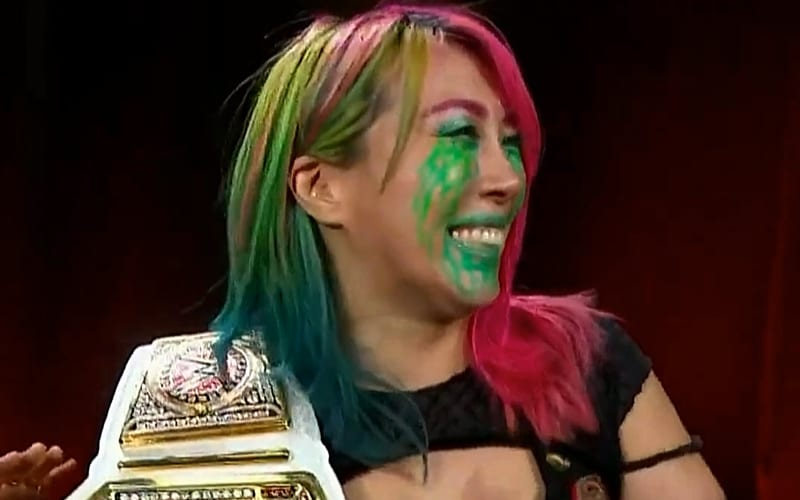 Asuka unknowingly won the Raw Women’s Title when she ascended the ladder at Money In The Bank and snagged the briefcase. Now she’s celebrating as champion after a long stretch of television tapings.

The Raw Women’s Champion tweeted out a photo of her new purchase. Asuka has a big video game collection and she picked up Arcade 1Up’s new Capcom head to head gaming table.

That is a lot of games in one arcade table, but WWE recorded next week’s episode of Raw yesterday so Asuka will have plenty of time to play.