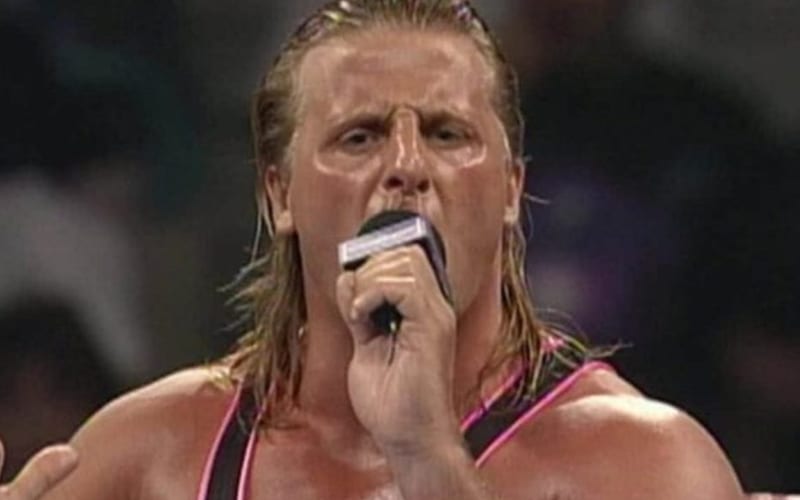 WWE went through quite a change following the Montreal Screwjob. If you ask Earl Hebner, he still believes the whole thing was a work. The pro wrestling industry had a spotlight on them as the curtain was ripped back. Mr. McMahon’s character was created in the process. Martha Hart remembers that time very well as her husband Owen Hart was going through a lot as well.

During Talk Is Jericho, Martha Hart opened up about why Owen Hart stayed in WWE after Bret Hart left. The company had just introduced long-term contracts that locked Owen in for another five years. They weren’t budging on that deal.

Owen Hart wanted to leave WWE following his brother’s exit. The company simply wouldn’t allow him to go off on his own as well.

“WWF, they just had introduced a few years before that, contracts, where you were locked in for 5 years. Owen was locked into his contract. He requested he be let go to when everything happened with his brother. They said no. They weren’t going to let him go. The way the contract worked was that if you don’t work, you can’t work for somebody else. You don’t necessarily have to work, but then you aren’t making any money and you can’t work somewhere else. It was a very onerous contract where it only benefited the company, not the wrestler.”

“Owen was really in a tough situation. He didn’t have a choice. You either stay here or go nowhere. It was emotionally difficult to see his brother so upset and betrayed, and yet have to stay and fulfill his commitment that he made to the company.”

If WWE would have allowed Owen Hart to leave then he would likely still be alive today. There is also no telling how far in the pro wrestling business he would have gone. Obviously, WWE decided against letting Owen Hart go and the rest is a sad part of pro wrestling history.