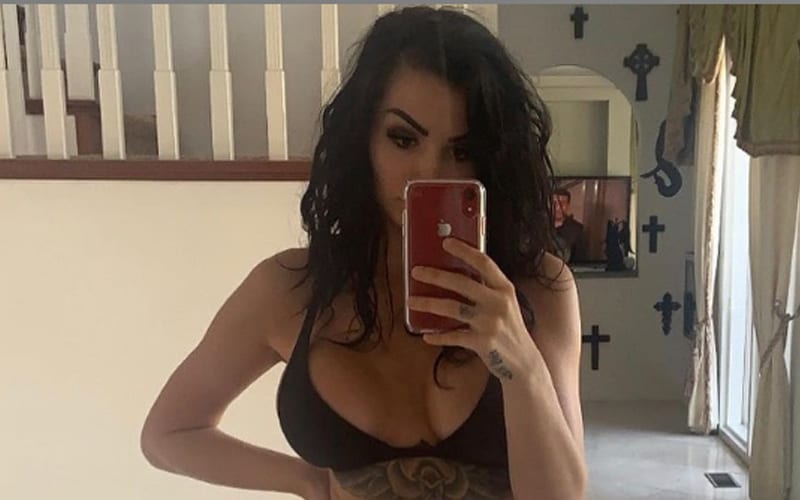 Paige is out in California and taking isolation very seriously. She also got quite a tan in the process.

Since Paige is in California there isn’t much to do except get a tan. This is something she was happy to do and she was even more happy to show off the tan she gained in the process.

Quarantine got me in a bathing suit 80% of the time. (Which is very unusual for me) Probably the most tanned I’ve ever been

She uploaded two photos. The second one was put through a rather interesting filter. You can check out both pictures below and let us know which one you prefer in the comments!