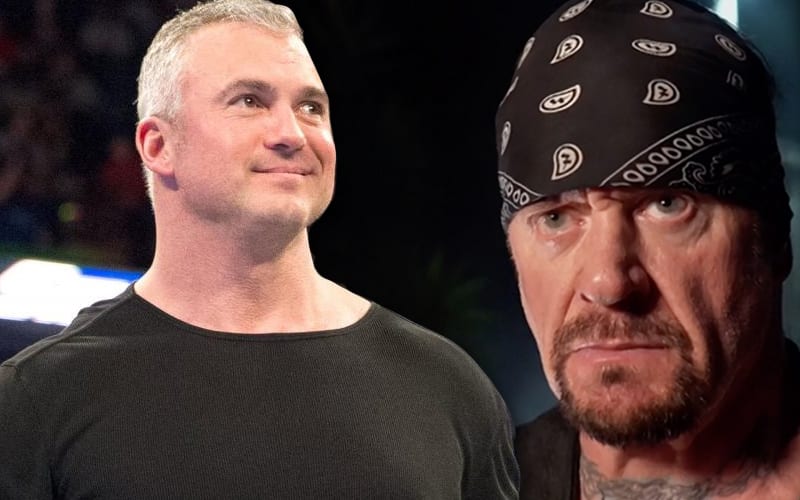 The Undertaker is a WWE legend. Every fan has their own story about The Undertaker even if they never met the shoo-in WWE Hall Of Famer. Shane McMahon knows Mark Calaway very well and he will never forget the day they met.

In a recent article with ESPN, Shane McMahon wrote about his friendship with The Undertaker. The two did share a brutal Hell In A Cell match, but McMahon regards Undertaker as one of his closest, and longest friendships.

The first time they met was a moment that McMahon will never forget. Taker was having a bit of a wardrobe malfunction issue at the time.

I remember he was sitting on the couch that day, looking uncomfortable. He wasn’t sitting straight up, just off to the side a little bit. So I asked him if he was OK. He said, “I can’t believe it. I only have this one pair of pants. This morning, I got up, leaned down to pick up something and — POP — I popped my zipper.” I looked right next to his zipper, and there’s this giant hole. Now, back in 1990 on a Saturday in New York City, where he’s staying, it’s not like there’s a big-and-tall men’s shop that’s open super early. So I assured him it was OK, that the chief wouldn’t even notice.

Vince McMahon obviously didn’t mind The Undertaker splitting his pants if he did notice. McMahon probably got a huge laugh out of it if his attention was drawn to it. The Undertaker’s career in WWE went pretty well regardless of the condition his pants were in that day at The Chairman’s Stamford home.