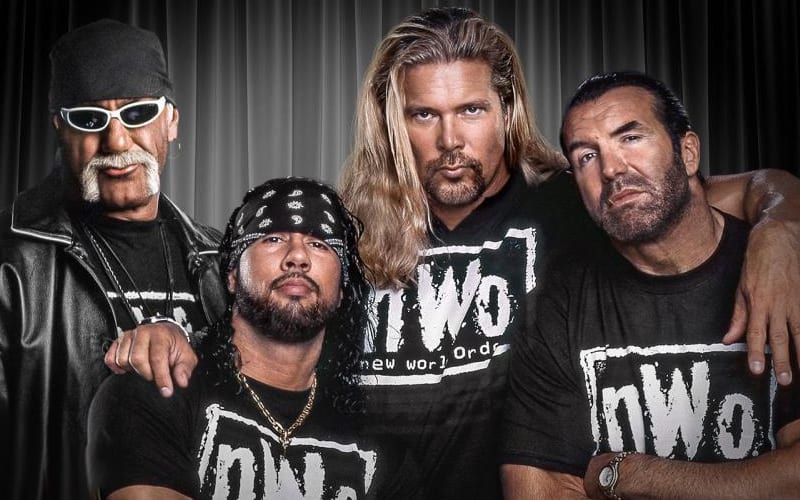 The nWo was selected to receive a WWE Hall Of Fame induction as a faction. Hulk Hogan, Kevin Nash, Scott Hall, and Sean Waltman were chosen, but Eric Bischoff was not. Some people saw this as very interesting. Others were a bit upset that Easy E was left off the list.

While speaking with The Lewis Nicholls Show, Bischoff was asked if he was upset about being left out of the WWE Hall Of Fame. He stated that he wasn’t very upset, at least not as much as people thought he should be.

Bischoff says that he looks at things differently. He has a 5,000 square foot home with a lot of wall space, but he doesn’t have hardly anything on the walls. He doesn’t keep pro wrestling memorabilia in his house.

“I loved my time in the industry while I had it. I am so grateful for it I can’t articulate it sufficiently, but I don’t hang onto things. So, when it was announced I was happy for my friends.”

Bischoff said whether he was recognized as part of the nWo didn’t matter to him. He was “thrilled for my friends” and he said that if it wasn’t for the nWo then the Attitude Era wouldn’t have existed.

When it came down to who should induct the nWo, Eric Bischoff didn’t think he should do it. If it were left up to Bischoff, he would choose Vince McMahon to induct the nWo into the WWE Hall Of Fame.

It would certainly be a big moment if Vince McMahon inducted the nWo. He did bring the nWo into WWE back in the day to “kill it.” That might open the door for a fitting induction into the WWE Hall Of Fame.

At this time there is no official word on when WWE will hold the official 2020 WWE Hall Of Fame induction ceremony.