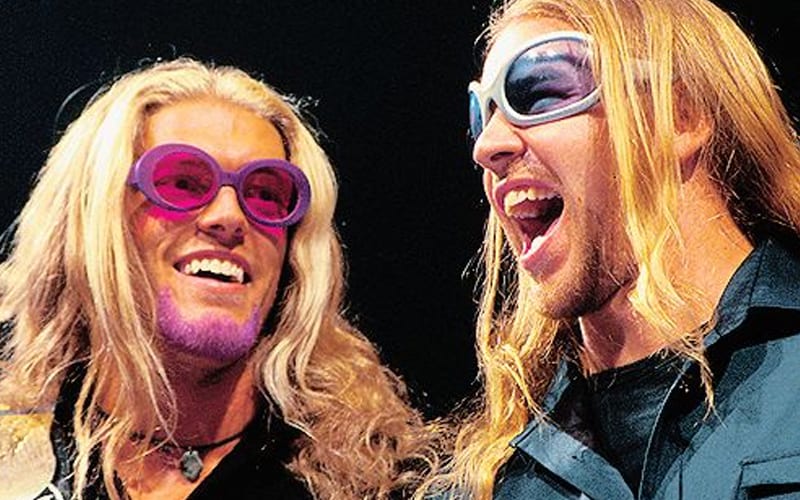 Christian has yet to receive his induction into the WWE Hall Of Fame, but many fans are waiting for that day to come. He seems to be okay about his career and has accepted that he will never wrestle again. That doesn’t change one small regret he has.

While speaking to After The Bell, Christian revealed that he wishes he could have changed his character when breaking off on his own. That might have given him a fresh start after separating from Edge.

“Yeah, I mean, it was, it was tough. I had a tough time, when I became a singles wrestler. I really did have a tough time transitioning because there’s a different mindset. It really is. I was thinking like a tag team guy because as a part of a team? Part of your ego has to go away, because you can’t have an individual ego in the team to really make a team work. You can’t have any visions of being like ‘I’m the main guy in this team.’ You can’t be like that, you have to be equals and I felt like we [Edge & Christian] had that.”

“When I stepped away I very much had the mindset of still being a tag team guy. So when I was trying to envision matches and piece things together? I still very much thought that way. And I put a lot of pressure on myself, maybe too much pressure. I was having a hard time adjusting, I was not confident. When once your confidence goes away? It’s tough.”

“I had a big opportunity with the Intercontinental Championship. I think back to when the tag team split up, I don’t think I did myself any favors by not really changing the Christian part of Edge and Christian. I still came out as a guy that look like Christian from E&C. I missed an opportunity there to change that part of me out and be different and to start to be accepted as something different outside of of that.”

Christian left WWE and did return to become a World Champion. It was only after he proved himself as a top star when he held the NWA World Heavyweight Title with TNA.

Now Christian appears on WWE Backstage on a regular basis. His career in the ring might be over, but his time in the pro wrestling seems to be far from finished.