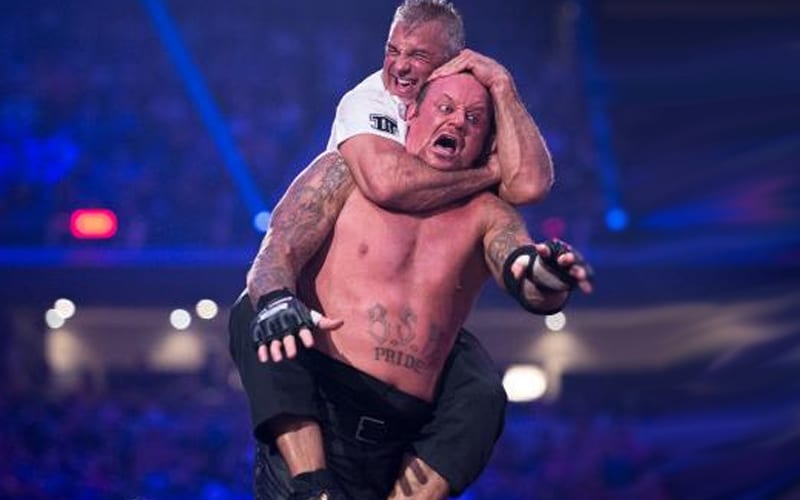 The Undertaker and Shane McMahon have a good friendship that dates back years. The Undertaker’s mother had something to say about McMahon being a bit too rough with her boy.

In an article he wrote on his ESPN, Shane McMahon discussed an interaction with The Undertaker’s mother that didn’t go as he planned. She didn’t appreciate that McMahon popped Taker in the eye during a stiff angle so she had to say something about it.

“Then she grabs me with both arms and stands me back. She says, in this Texas drawl, “You know, you’ve always been one of my favorites. However … you hit my son right in his eye and made him bleed. You went down a couple of notches in my book.” She was scolding me for this moment on the last Monday Night Raw before WrestleMania when we were going after each other.”

Shane McMahon wrote that he looked over at The Undertaker who was lowering his head in an embarrassing way. This was the moment McMahon realized that “it doesn’t matter how badass you are, there’s going to be a protective mother.” The Undertaker can certainly take care of himself, but it’s always nice to have backup.

Do you think The Undertaker’s mother could destroy Shane McMahon? Sound off in the comments below!