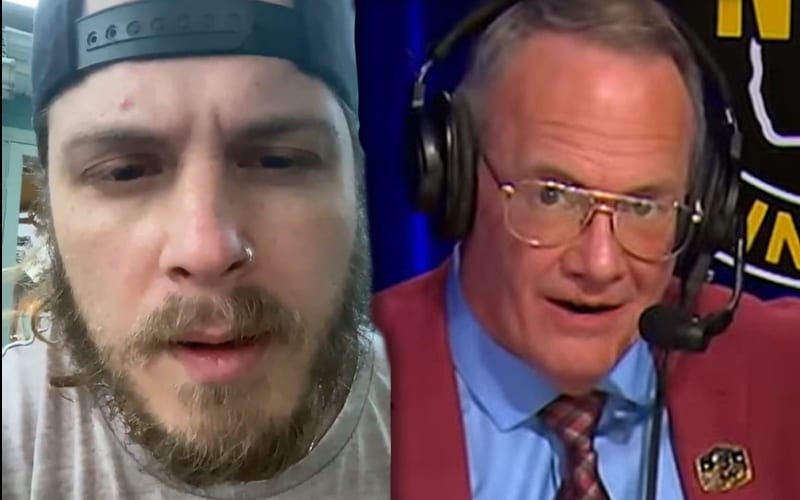 Jim Cornette doesn’t agree with a lot of Joey Janela’s ideas about pro wrestling. This led to Cornette blocking the Bad Boy for a third time on Twitter. Janela had something special in store for him this time around.

While using Blink182’s “I Miss You,” Joey Janela sang a hilarious parody song for Cornette. This included lines about having “Starrcade on Christmas” and it even made reference to famous Jim Cornette moments like when he was thrown off the scaffold and destroyed his knees.

This was a pretty great video and goes to show that Joey Janela can take a blocking from Jim Cornette with the best of them. It was also a “clear indication” that Jim Cornette is missed on Janela’s timeline. You can check it out below.

What Blink182 song should Joey Janela parody next? Sound off in the comments below!

Just in case “I Miss You” is stuck in your head, we’ve included Blink182’s music video for the song below.