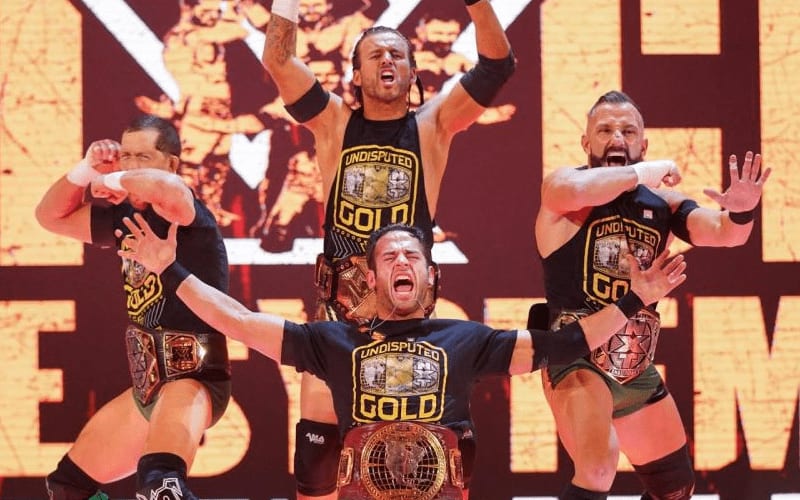 The Undisputed Era were once covered in gold, but their reign in NXT consisted of far more than just capturing titles. They have now been a faction in WWE NXT for 1,000 days which is something to be very proud of.

Undisputed Era received a special nod from WWE NXT’s official Twitter profile today. They made a point to list everything that UE has been able to accomplish in the last 1,000 days.

Adam Cole was quick to add: “1,000 days and counting.” They obviously have no plans of slowing down.

It is very rare for a partnership to last this long in pro wrestling. 1,000 days equates to over 2 1/2 years which is impressive. Let’s see where the Undisputed Era is 1,000 days from now.