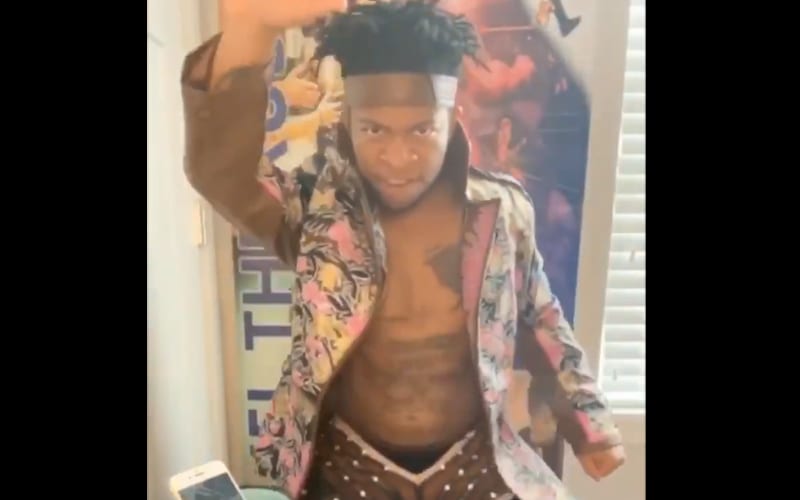 Lio Rush is aware of the #DontRushChallenge. He had some time to kill, so he decided to do a video all by himself.

The Man Of The Hour might only be 25, but he has been through a lot of ring attire. Rush went through his closet and pulled out some famous looks for his own challenge video.

Lio Rush did a video much like the #DontRushChallenge, but he was featured in every shot. He showed off a different ring attire in each scene and provided a note at the bottom indicating which event he first wore that ring gear. He featured ring attire from MCW, CZW, NXT, and WWE.

The #FeelTheRushChallenge is now a thing after this video. Let’s just see if any other Superstars answer the challenge. He tagged Ricochet, Triple H, R-Truth, Chris Jericho, John Cena, The Rock, and Jason David Frank. It might be a cool trend to start.

What do you think about this new challenge? Which WWE Superstar would you like to see try it next? Sound off in the comments below!