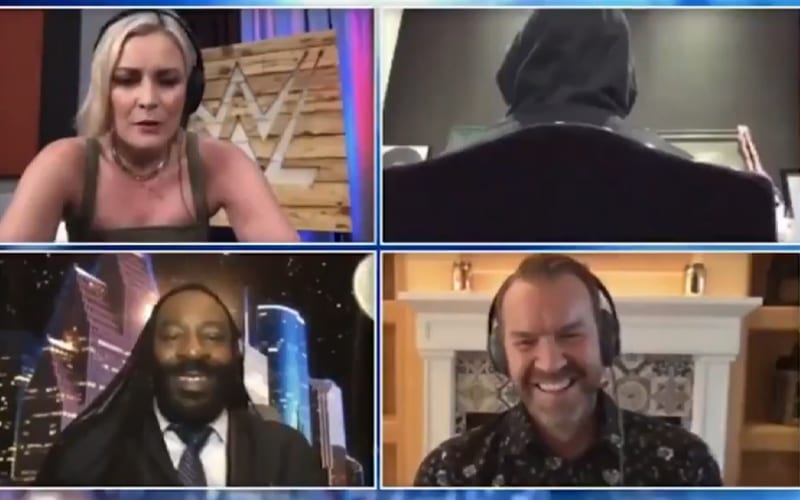 WWE Backstage featured the return of CM Punk and he made a little joke about some recent headlines he’s appeared in.

The SmackDown Mystery Hacker is still making their presence known on television. The identity of this hacker has yet to be revealed, but some fans really hope it’s CM Punk.

The Second City Savior appeared on WWE Backstage this week and he started off the show with his back to the camera. When Renee Young got to introducing him, she said it’s the SmackDown hacker, and then Punk swiveled his chair around to reveal himself.

Everyone had a laugh about the rumor that CM Punk is the hacker. He’s not the hacker, but that won’t keep some fans believing.