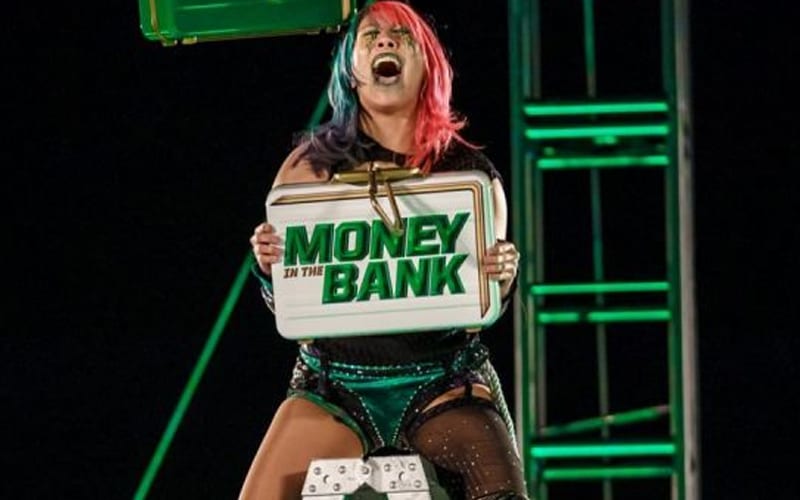 Becky Lynch just broke the record for longest time holding the RAW Women’s Title. She continues adding to that record every day, but Asuka might pose a problem for The Man.

During Wrestling Observer Radio, Dave Meltzer noted that a Money In The Bank cash-in is a way for Becky Lynch to lose her title, but not in a fair way. The company has a lot of money riding on Becky Lynch continuing to look strong.

“You could say that it’s a way for Becky Lynch to lose without losing fairly because I don’t think they want to beat her fairly.

It was also noted how running Lynch vs Asuka doesn’t make much sense right now. Asuka tapped out clean to The Man at the Royal Rumble. That being said, Asuka winning the Money In The Bank contract now gives her an excuse to cut back to the front of the line.

Shayna Baszler seems more than ready to challenge Becky Lynch again, but WWE might be waiting until they can have some fans in the building.

Becky Lynch makes a lot of interview appearances while holding that RAW Women’s Title. She might start showing up to media engagements without a title in tow eventually. The way she loses that title will be very important to continue protecting her image as much as possible.

How do you picture Becky Lynch losing the RAW Women’s Title? Sound off in the comments below!