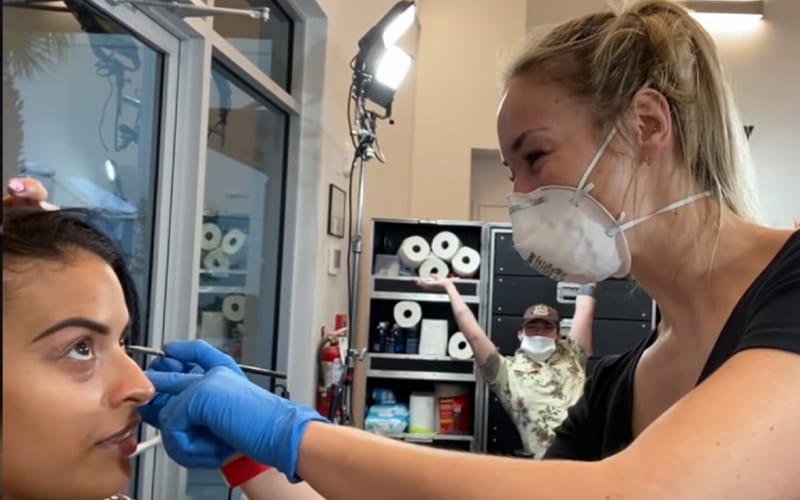 Zelina Vega and Aleister Black are on television every week. Fans have never seen them like this before.

Black and Vega opened a YouTube channel not too long ago. They have released several Q&A videos where they answer questions about everything from having kids to addressing Aleister’s childhood trauma.

A new video from the A To Z channel shows A Week In The Life of the two WWE Superstars. Vega and Black are in isolation, but the day still starts with Pokemon. Vega spent some time hanging out with Aleister Black while doing a Pokemon Rap before heading to the WWE Performance Center. She also showed off some footage backstage at RAW.

After the taping, Aleister Black said it felt like he bruised a part of his hand as the two made their way back home. “So probably no boxing for a week which sucks,” he said while referring to his painful hand.

Zelina Vega stated that she had fun on RAW as Black commented that she “was all over the place.” Vince McMahon is certainly coming up with a lot of ways to get Zelina Vega on camera.

The rest of the week for Black and Vega involved hanging out with their cats, playing Magic: The Gathering, and working out in their home gym. You can check out the video below to get a closer look at their lives.